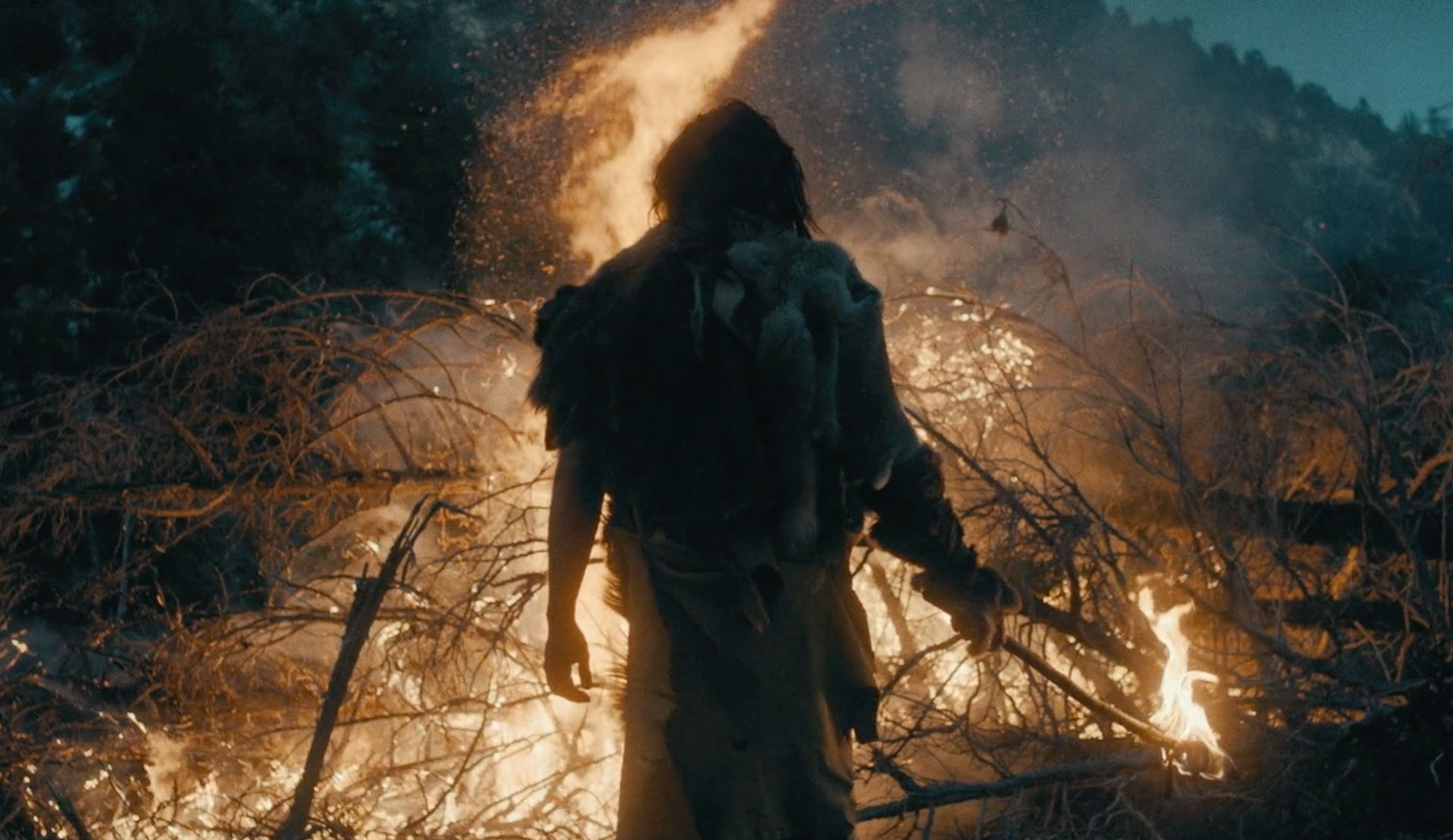 Evolve doesn’t wait around for dream projects to come along. They take whatever project they’re working on and make it into a dream project. Case in point: their latest endeavor, a 16-film series for National Geographic’s new show Origins: The Journey of Humankind.Working with an archival/editorial budget, Evolve decided the best way to serve the project was to go in a different direction: a 40-day, worldwide, live-action shoot. “That’s the kind of challenge we love,” The Edwards Brothers told us. “We take pride in being able to do a lot with a little.” It would be their boldest, most ambitious project to date, and the results would not disappoint. See how they did it below, and then browse their awe-inspiring footage — which is all available to license.

Filmsupply: How did you first get involved with Origins?

Joel Edwards: Well, we got a cold call one day from the team at Asylum Entertainment, one of the production companies working with National Geographic. A good friend of ours had made the connection and referred us. National Geographic and Asylum were developing a new show called Origins. As we learned, they had been working on it for quite some time; and when we were brought on, they were already knee-deep in production. The show was quickly evolving, and there were going to be a lot of components to the storytelling. Numerous elements were already in production and the format of the show was still coming together. In working with the show’s creator, filmmaker John Boswell, the original scope of work called for 32 2-minute short montage films. We were asked to take on 16 of them and potentially create shared elements for the others; that’s where the wheels started turning on creative ways to make something special.

Jesse Edwards: The original plan was all to be creative editorial work. Pulling from series assets, stock footage, archival, etc.

Joel: At the time we figured our films could work as graphic-heavy treatments with lots of visual effects, and we’d be reusing footage we already had shot and other assets.

Jesse: It was kind of a “Hey, what’s possible here?” scenario. Anything custom would be handled by effects, taking footage and manipulating it with filters or subtle animations. Or maybe taking photos and bringing those to life. At first we were working off outlines. We didn’t even have scripts yet. And the material was getting hyper specific. Instead of creating a sequence for something like, “Fire has led humanity to achieve more than we ever could have imagined,” it was more something like, “In 4000 BC, for the first time ever society mixed tin and copper to create bronze, a material that was lighter, stronger, and better than its predecessors.” That specificity changed our entire game plan. We couldn’t show a beautiful woman walking into a sunset and talk about the power of expansion and fire. We had to show a guy in a forge, melting something down, making a bronze sword.

So, we had four weeks and zero footage, and the script had been dropped on us. There was no way — cheaply — to use solely editorial and effects for this. But that’s the kind of challenge we love. We take pride in being able to do something with nothing. And so we created an extensive 40-day live-action shoot game plan.

Joel: We decided, “let’s create it all from scratch!” We had some big things in mind. Big armies clashing. Set building. And we were literally counting every penny.

Jesse: It was very open-ended, which is exciting. We had 16 completely different stories that were refined every time they sent a script update. I remember we were on set for the forest shoot, and we’d cast a group of Vikings and a group of barbarians to fight each other. They were going through makeup. We were supposed to start rolling in an hour. Then I got an email: “New script: Birth of the soldier.” I’m like, “Oh, no.” I opened the email, and the whole thing was about French nationalism during the 18th century French Revolution. Very Les Mis. And we’ve got guys with huge beards and swords and shields. We’re off by at least a thousand years. So we scrambled and turned the shoot into a father-son story that we could use in a completely different spot. We did the French stuff a week later.

Did you create live-action sequences for every storyline?

Jesse: When you’re dealing with a storyline this vast, you have to balance specific information with generalized concepts. So sometimes we’d broaden our approach. Take a more metaphorical angle. A good example of this was the script about trade, which covered the Silk Road and Mesopotamian silk traders; but it also covered the spread of culture and religion from the Islamic Golden Age to the Renaissance. The writer was flying through centuries of content with every sentence. It was a lot. We had only two minutes for that vignette. So we came up with super slo-mo footage of a girl dancing in a room full of silk. We shot really tight with silk flying through the air. The dancer did spins and jumps, almost like flag dancing; but we had silk wrapped around the entire room.

Joel: And it worked! It’s that kind of problem-solving that makes a project fun — finding unique visuals and unique filmmaking approaches, and then integrating visual effects and motion design. We’d done that kind of stuff before, but never for such an immense history-of-the-world project. There was definitely some trial and error involved. Sometimes the metaphoric footage we shot just didn’t work. There are an infinite number of ways to communicate these central ideas.

How big of a blow was it when something didn’t work out?

Jesse: I’d say it was a pretty big blow.

Joel: I’d say it was a big punch in the face.

Joel: But we got smarter as it went on. And we learned to work with a smaller footprint. You need to know when you need certain levels of production. You need to know your tools. Know your scenes, know your compositions, and know when you can get away with certain things and when you can’t. This project really boiled that down for us. We did scenes where we had 20 to 40 people in a frame. Creatively, though, we had to look at when that’s going to pay off. We had to look at whether we needed something like that to tell the story of a culture or a century-long time period…and ask ourselves if we could pull it off with just one person, in a single shot.

Jesse: Think about something like war. How can you economically depict that? Well, all you need is one sick-looking shot that screams “heroic.” That can be more effective than having this massive, all-encompassing scene. You need to scale your vision appropriately. It’s cool to have a bunch of cameras and a bunch of extras and a bunch of art direction and set design and world building. But you constantly have to ask yourself: Can I accomplish the same thing with a more simplistic approach?

Joel: I really believe commissioned filmmaking is about creative problem-solving. It’s about your process as much as your product. And it’s also about always exceeding expectations. We built some amazing work partnerships with John and the Asylum team; because they knew we’d put in an extra 100% effort to make the series 10% better.

What lessons did you learn from working on this project?

Joel: No matter what we work on, we try to step away from it with more knowledge, more wisdom, and more experience. It’s one of the things I love about this industry — and why I’m addicted to it. You can always dream big. You can exceed even your own expectations. That’s the creative process. It’s try, try, try. Dream, dream, dream. Fail, fail, fail. Repeat.

Jesse: One thing that was really eye-opening for us was learning that someone who is on your side is more valuable than someone with a ton of experience. One of our collaborators in Italy pulled in a ton of her own favors and used her relationships to help us, because she has great respect for us as people. She loved working on Origins, and she was excited to work for National Geographic. But it was our relationship with her that she ultimately cared about most. That’s so valuable.

Jesse: There’s no doubt this project took a physical toll on Joel and me. It was very demanding. At the same time, we’re proud of what we were able to do. We were pushed to a new level. Without the demands of this project, we might not have gotten there.

Joel: It’s like when you stretch really far and you work out really hard — almost to the point of total exhaustion. You wake up the next day so much stronger. That’s where we’re at now. We’re getting stronger.

To license Evolve’s footage from Origins and to explore their full catalog, check out their contributor page.

Photojournalism Behind the Scenes [ITA-ENG subs]

“Fiddler On The Roof: 30 Years of Tradition” – TV Special for Turner Classic Movies

“Fiddler On The Roof: 30 Years of Tradition” – TV Special for Turner Classic Movies

How Do You Edit To Build Tension? – Lawrence Jordan, ACE

What Makes A Screenplay Marketable? by Wendy Kram

Behind the Lens – New York

The Story Behind Toy Story

Making of BALLS the movie